This Saturday we are lucky enough to have Jean Gonon with us presenting his and his brother Pierre’s  wines from the Northern Rhone Valley village of Saint Joseph (Pierre was also their father’s name, hence the name of the domaine). The brothers decided some years ago to tend their vines according to organic principles. The non-use of chemical herbicides and pesticides, and the extremely steep hillsides on which much of their vines are grown make for arduous work. Without chemical sprays the Gonons must regularly till the soil beneath their vines, both to defend themselves against other plantlife that could strangle the vines and to aerate the foot of the vine so as to avoid mildew or rot taking hold. Wherever possible the brothers use a horse drawn plough, however on the steepest slopes this is not possible and so they must ride and guide the plough which is drawn by an electric winch – work that is not only ardous but also daring.

But it is worth it. Jean and Pierre’s red is, like all the reds of the Northern Rhone, 100% Syrah. The wine is at once structured and muscular, with integrated tanins and smoky aromas, supple and elegant with notes of violets and spice. This combination of structure and finesse sees the Gonons’ reds often compared favourably to those of their Northern Rhone cousin, Cote-Rotie, perhaps the most famed of the Northern Rhone villages – however the Gonons’ is placed at a more easily accessible price point.

Their white Cuvee ‘Les Oliviers’ is a blend of Roussanne and Marsanne grapes. It is powerfully aromatic, a rich, well balanced wine that would be perfectly accompanied by roast chicken, pork, or aromatic vegetable dishes. The tasting begins at 11am and winds up around 7pm. Look forward to seeing you there! 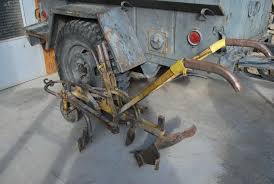 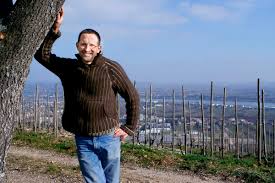 Typically winemaking follows a series of basic rules and processes. Sure, there are infinite decisions and variations a winemaker can make about how to extract flavour and texture from the grapes, technical and, some would say, ethical questions about how much to intervene with the aid of chemicals and new technologies. But, for the most part, the same basic rules apply.

One area of general consensus is that the exposure of wine, or prefermented juice, to air is something to be carefully managed, so as to avoid the oxidation of the wine. In some contemporary approaches to vinification, particularly within the world of natural wine, some oxidation is allowed to encourage wines with a different profile, but these remain relatively small variations from established techniques.

The intentionally oxidized wines of the Jura  region are not so much a departure from these techniques as they are a totally different tradition of winemaking.

Vin Jaune takes its name, unsurprisingly, from the yellow hue the wine takes on after six years in oak barrels. Aside from this long élevage, the process of making this wine is also unique in that the barrels are ‘non-ouillé’. Normally when wine is aged in barrels a part of the wine is lost through evaporation and the seepage of the wine into the wood This is known as ‘la part des Anges’. ‘Ouillage‘ is the topping-up of the barrel with reserved wine, so as to avoid exposing the wine to oxygen and the wine becoming oxidized. A wine that is ‘non-ouillé’, is left in barrels that are intentionally not topped-up. The exposure of the wine to air not only causes the wine to oxidize, but also allows a veil of fungus to form on top of the wine, hence these wines are also referred to as vin de voile.

In terms of taste the effect of exposure to air, and of direct contact with its veil of mushroom, gives a radically different flavour palate to what you would normally expect in white wines of any other region. In fact a true Vin Jaune (most wine makers will make veiled wines with a shorter élevage alongside the more expensive Vin Jaune, which is kept in barrels for  six years and three months) probably resembles most closely a very dry Spanish sherry. The wines are extremely aromatic, and dry, with the most predominant aroma being a rich nuttiness. A few Saturdays ago we were lucky enough to have Jean Berthet-Bondet in store as part of our springtime tasting series, who explained that in different years you can also get more or less citrus fruit expressed in the Vin Jaune. It’s interesting to think that even six years of élevage can not defeat the character of terroir on a finished wine.

The oxidized wines go perfectly with aged compté cheese, also local to the region. Berthet-Bondet’s whites are made exclusively with the Savagnin grape, and their non-oxidised, or vin ouillé, ‘Naturé’ (naturé is an old local name for savagnin), has great acidity and tension, expressing both citrus fruits and minerality. It would be great on its own as an aperitif with all types of fish, lightly spiced vegetable dishes and even a roast chicken with spring greens.

The other great white grape of the Jura is chardonnay. Julien Labet, who will be joining us for the Friday night ‘wine-down’ on April 20th, produces a series of Jura chardonnays, ouillé and non-ouillé, that are unique expressions of both their particular environment and the traditions of Jura winemaking, and at the same time merit comparison with the classic chardonnays of Bourgogne.

It is the unique traditions of the Jura on the one hand, and a spirit of youthful experimentation in pursuit of excellence that make the wines of this mountain region such a joy to discover.